Worst Ways to Put on Your Bra 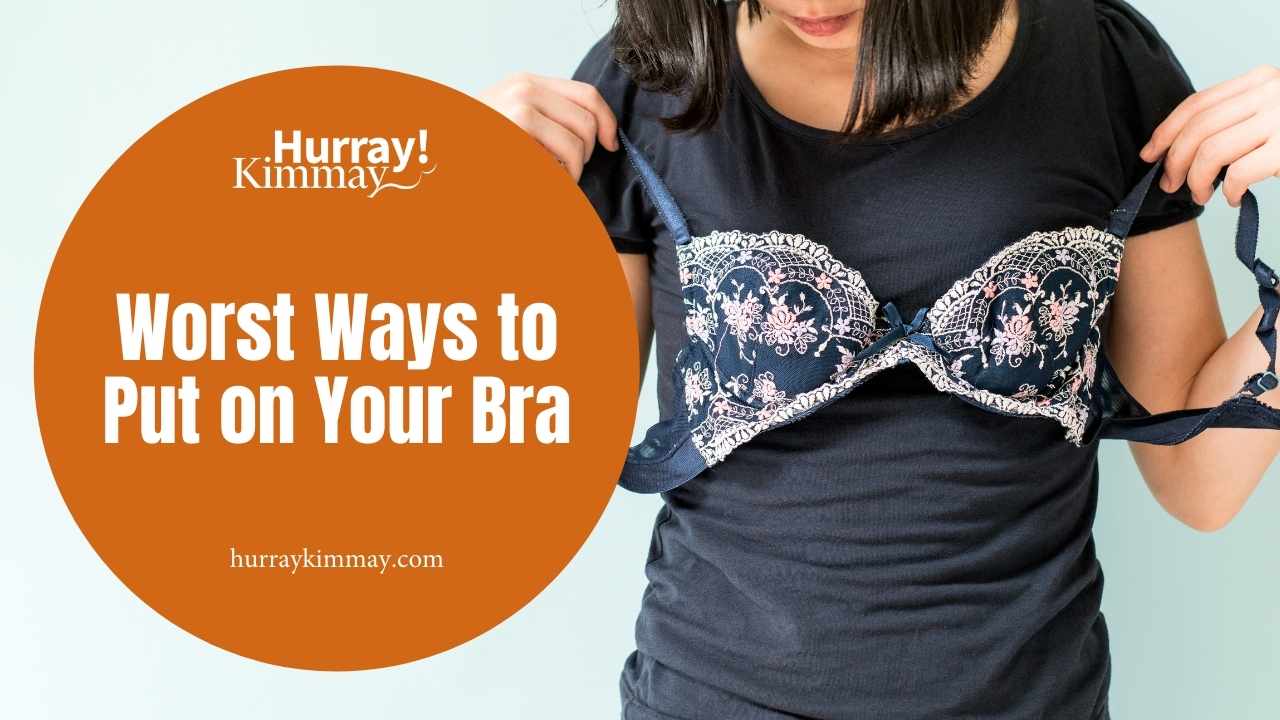 Ever wondered if you’re putting your bra on right? The truth is, there’s no “wrong or right” way to do it. However you can, or want to is up to you. Your body, your bra, your choice. And. There are some methods of putting on your bra that can (and will) ruin that bra.

In my 17+ years as a bra fitter since 2005, I have seen thousands of people put on their bras. And my goodness, the things I’ve seen! So many people are crushing, warping, and stretching out their bras while they put them on. Yikes!

Take a second to think about how you put on your bra. It might take a minute to think through the action, or even to act it out to really remember. Once you do, hit play on the video below and see if your method is accidentally ruining your bra. This video has gotten over 9 million views on my TikTok, and the comments section shows just how diverse the methods can be (and how attached some folks are to the way they do it!)

These are the three worst ways that I have seen people put on their bra and believe me, I have seen many terrible ways to put on your bra. These are just the worst. One is the “over the head” style. If your bra has a back clasp, it’s not designed to be able to fit over your shoulders and then to your under bust. You’re just going to stretch it out!

Two, similar is the “step in”. Once again, if your bra has a back clasp, it shouldn’t be able to fit over your hips and then fit underneath your bust. It’s just going to stretch out over time and won’t actually give you the support that it’s supposed to.

And three is the worst. Fun fact, this is how my mom taught me to put on my bra. Thanks, mom! This is called the “crush, spin, and flip” where you crush the cups against your body and if they’re molded, you’re completely denting them. Then spin it around, which completely stretches out the band, which is the most important part of the bra. Then flip it up (this is the number two way that underwires pop out) and then you yank it up and then just completely warp and stretch out the bra.

Did you see your method in the video? Do you do the over the head, step in, or “crush, spin, and flip”? If so, don’t worry! Once we learn a way, it often becomes a habit. But with some practice you, too, can learn a new way to put on (and take care of) your bra. My mom taught me the 3rd method, but once I learned to bra fit I realized it was really denting the cups, stretching the band (the most important part), and warping the underwire and straps. Yikes! And once a bra stretches out, it can’t offer the support, shape, or comfort that its designed to. So, I learned a new way!

In the blog post “The Best Ways to Put On Your Bra” you’ll find the classic method that I do now, plus a modified 3 version that is more mobility friendly. It took some practice, but now I’m a classic method gal! How about you? Comment on the TikTok video, or the same video on my Instagram.

Best Ways to Put on Your Bra Blog

In the end, I hope you find a method that works for you, your body, and your bras! Hurray!