Hurray for Hispanic Heritage month! I’ve got a few reasons I’m saying hurray… and a few more steps to take.

Officially, Hispanic Heritage Month is September 15th until October 15th. I thought it was odd that a “month” started mid month, but here’s why: It started in 1968 on September 15th, a date when five Hispanic countries gained their independence. It then became a week with the help of President Lyndon Johnson, and finally turned into a full month due to President Ronald Reagan. Because, you know, a week is NOT long enough to “recognize the contributions made and the important presence of Hispanic and Latino Americans to the United States and celebrate their heritage and culture.” {source} 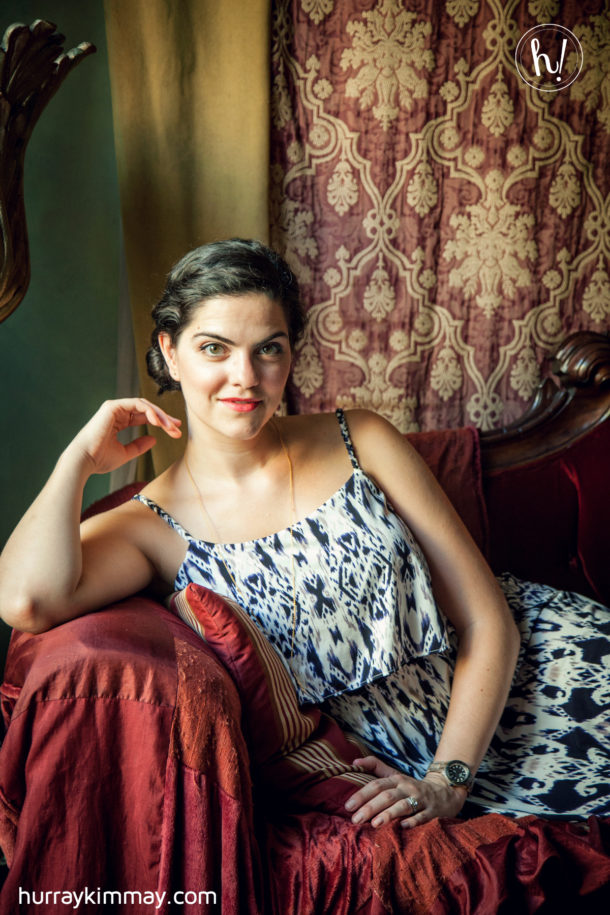 First of all, what exactly does “hispanic even mean”? There is a difference between Latino and Hispanic. In short: ” ‘Hispanic’ focuses on Spanish-speaking origin. This means Spain is included, but Brazil is not because Brazilians speak Portuguese. ‘Latino’ refers to people of Latin American origin. This includes Brazil and excludes Spain.” {Source} So, because I come from Puerto Rican descent, I am both Latina (because it’s located in Latin America) and Hispanic (because it’s a Spanish speaking country). 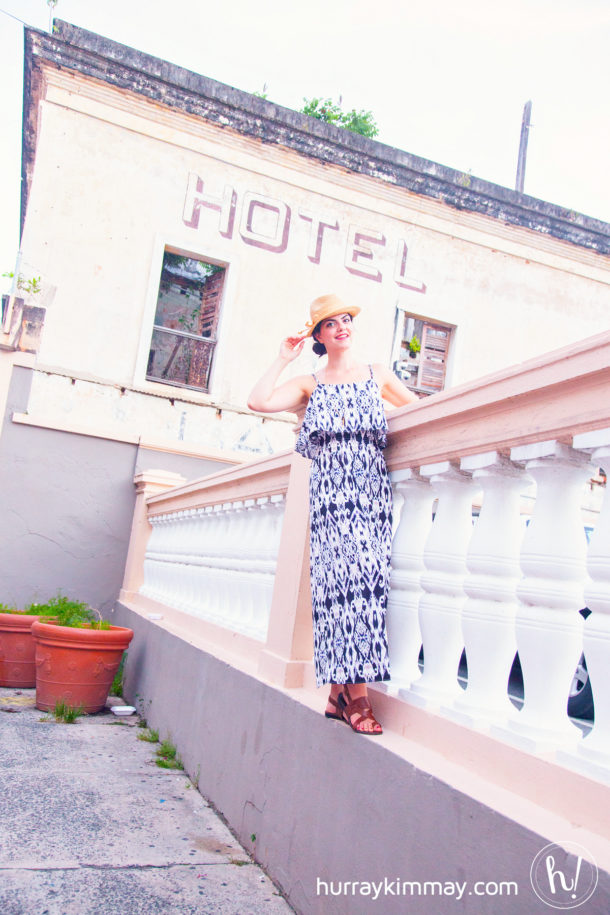 You may be wondering: Wait, hold up, Kimmay you are Puerto Rican? You’re Hispanic?? You’re Latina?!?

Yep. I know. I’m the first to say it: I’m not the stereotypical Hispanic. First of all, I’m American. I was born in the USA. And so were my parents. My paternal grandparents, however, grew up in Puerto Rico and emigrated separately to the United States, meeting, marrying, having children, and spending the rest of their lives here. That, simply by heritage, makes me Hispanic and Latina. Or at least, of Hispanic descent. 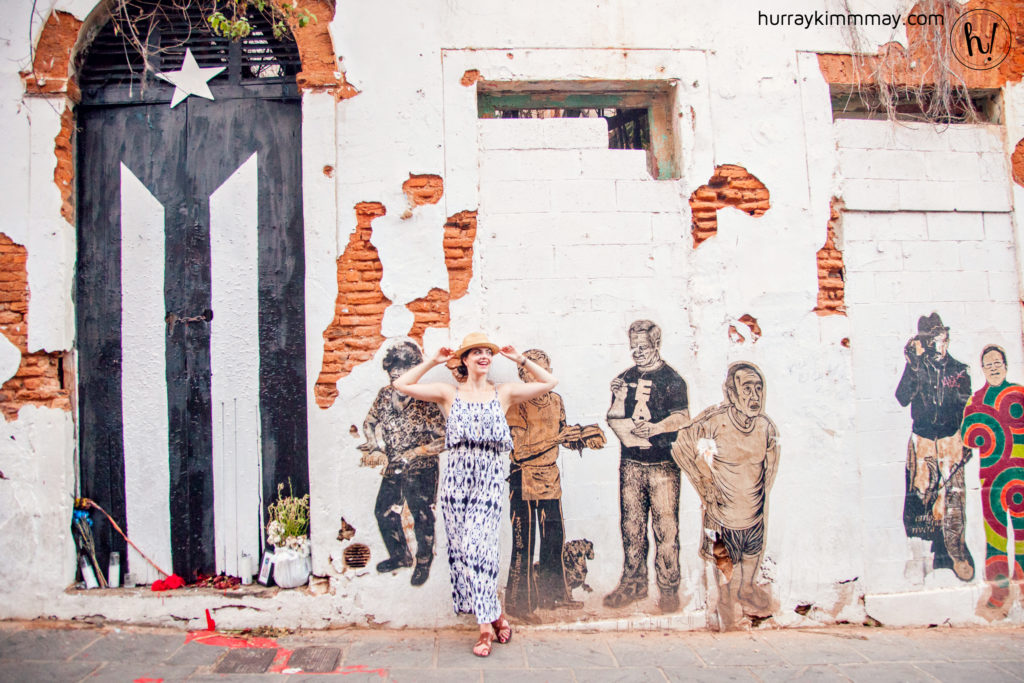 But not to everyone else, and sometimes, not to myself. And for years, the internal fight of whether or not I “could identify” as Hispanic plagued me. I thought I wasn’t Hispanic “enough” to claim that distinction. And I wasn’t the only one. Often when I tell someone that I am of Puerto Rican heritage they react with a “Really? But you don’t look Hispanic!” My pale skin and light brown/green eyes are just the tip of the iceberg. It turns out that the most determining factor of being Puerto Rican is the size of my butt. Yep. Because I don’t have a big booty, friends, co-workers, and family members would tease me about not being very PR. 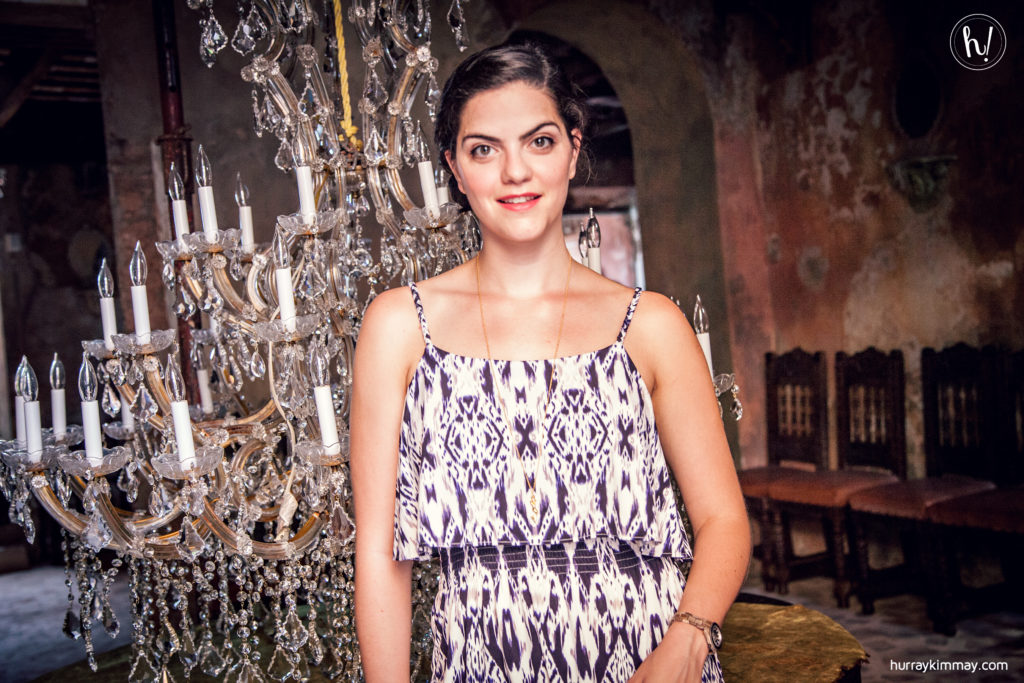 In fact, when I was working at a high end store on 5th Avenue in NYC, the store had a diverse crew of salespeople and staff, including several Hispanics. They would all speak in Spanish together, and quickly. Their rapid Spanish full of slang, was far too fast for my high school level Spanish language education to fully understand. But every now and then I could chime in. The first time I did, they looked at me in surprise. As if to prove something to them, I told them, “Hey, I’m Hispanic, too. I’m half Puerto Rican!” which gave the guys in the shop – from The Dominican Republic, Puerto Rico, and Mexico –  a real laugh. “You can’t be Puerto Rican,” one said, “You have no butt!” In fact, the nickname “sin nalgas”, or “without butt” in Spanish became their go-to for the rest of my time there. Uncool. And just one of the examples of people using my “lack of ass” as a way to tell me I wasn’t Hispanic enough. On a regular basis. To this day.

(In addition to several more butt stories, I have MANY more stories about this if you’d like to hear them, including one guy who literally out of the blue guessed that I was Puerto Rican and I thought he was a psychic, to a high school friend telling me it wasn’t fair for me to check Hispanic on college applications because I was “basically white”, and how when I lived in Spanish Harlem I got cat-called “Snowflake” on the street. We can discuss.) 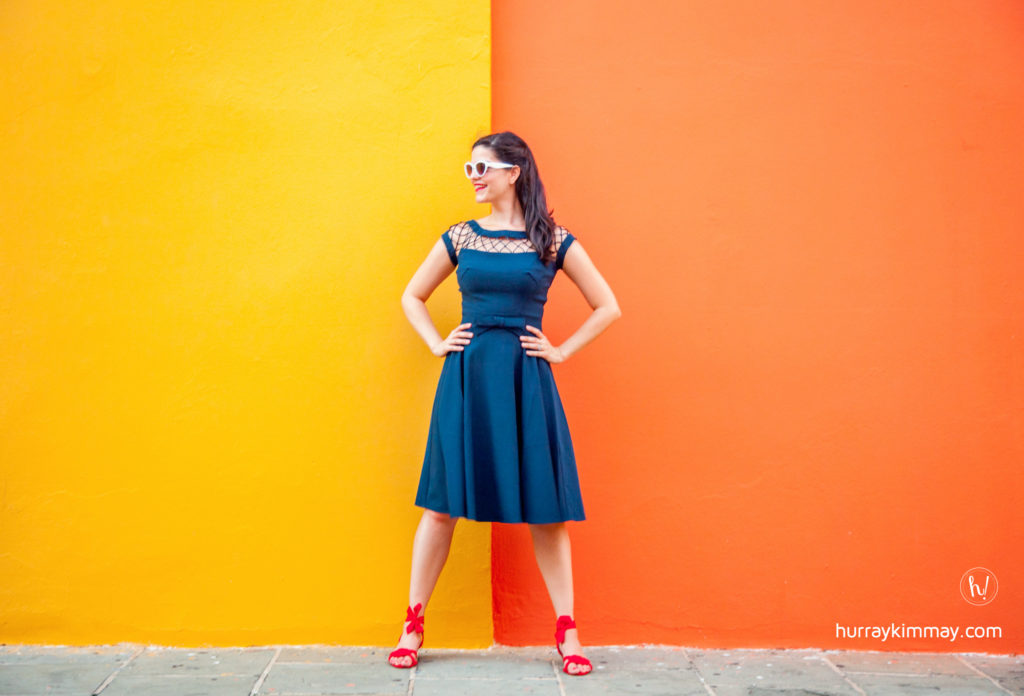 A few other reasons I struggled with this identification is because I grew up in a pretty white, snowy suburb in Western, NY with my very white mom and step-dad. My day-to-day life was not submerged in Hispanic culture – foods, language, history, traditions, etc. I even had some family members encourage me not to spread around my heritage too much, because it might cause people to treat me with less respect. I know that this suggestion had the intention of trying to protect me, but I was livid. However, it had worked for some of my family members in the past. I can remember some of them telling me that they just wanted to fit in with the rest of USA culture when they were younger, especially those who were growing up in the 50’s and 60’s. They would play things like tennis (although OMG the first ever Puerto Rican, Monica Púig, won gold in women’s tennis recently. I watched it live!) and football (the American kind, not soccer). Years later, they even went so far as to change their names on resumes and job applications to “something more American” so their resume wouldn’t get passed over. What they meant wasn’t “more American.” They were American. What they meant was “more white”. 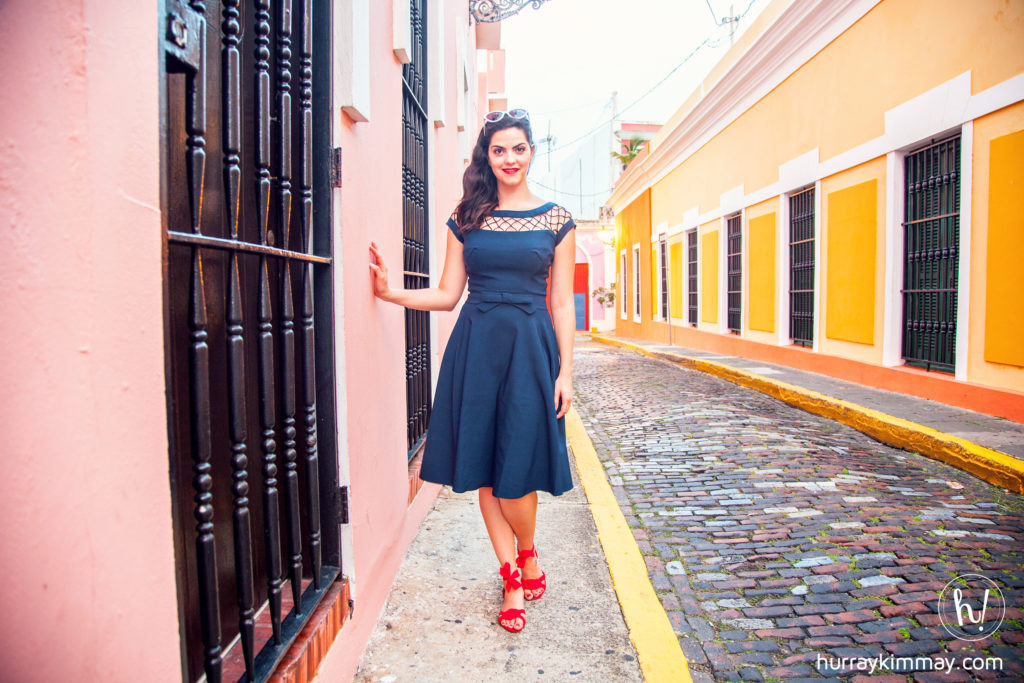 So what’s in a name, right? Well I found out when I got married. My first name, Kimberly, is very English. But my maiden name, Arce, was Puerto Rican. In fact, it’s Spanish for “maple”. (PS: That’s why I was Kim A, which turned into Kimmay when I was younger). It was actually an interesting way to let people know about my heritage. In auditions, when I was a performer, they would mispronounce Arce (ar’-seh) as the lewd English term for butt, “arse”. (Lots of butt themes in this post!) So I would correct them, and tell them “it’s Spanish for maple”. And they would go “oooh!” with a renewed interest and curiosity. I loved that “oooh”. So when I got married, my new name became Kimberly Caldwell. Not only was that name super common (in fact, it’s the same as an American Idol singer), it’s also… super white. Marriage and changing my name was a big life transition for several reasons, but as it’s relevant to this post, I felt like a big Hispanic identifier of mine was no longer mine anymore. Our family, the Arce family, is especially proud, it feels, to carry that name. I mourned the loss of my last name at the same time as I was celebrating my marriage and taking my husband’s last name. It was a complicated time. 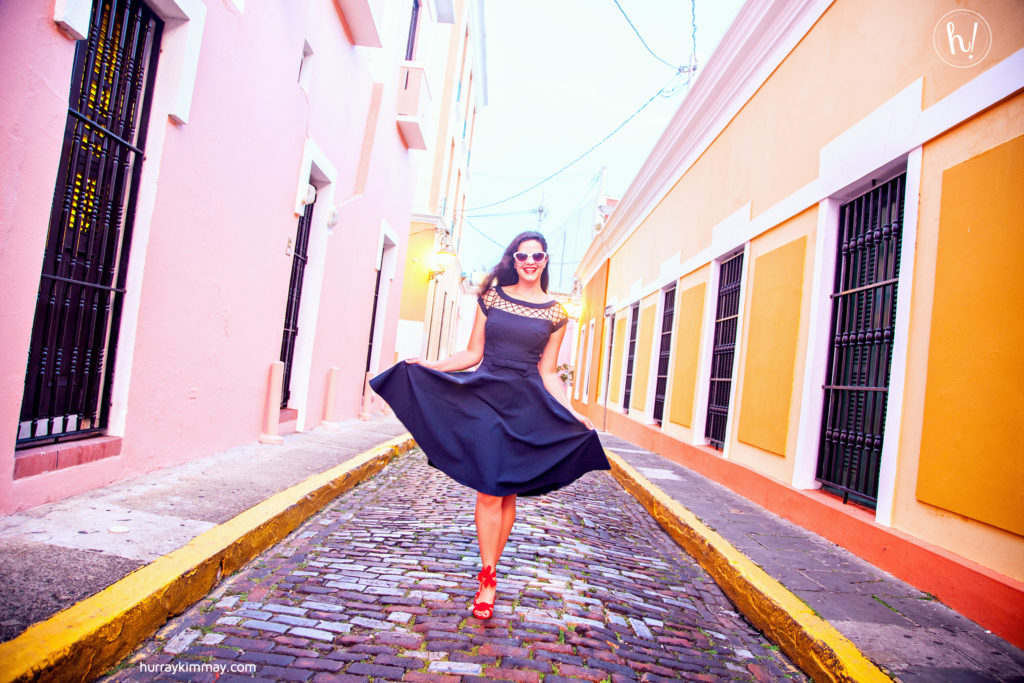 I realized that there are many other places in my life where I don’t feel like “enough”. A shortened version of that list:

Not being enough of something is a common story I tell myself and something that I’m working on all the time. It’s been a real journey so far. And one part of that journey has helped me realize that by telling myself I’m not enough of something, I often stop myself from being, showing, or embracing any of it. I tested this out with my body and letting it know that it was enough. And then I started in on other areas of my life (and the process continues). And little by little, I’ve been allowing myself to stop saying that I’m not Hispanic enough, and to simply embrace what I am right now: me. 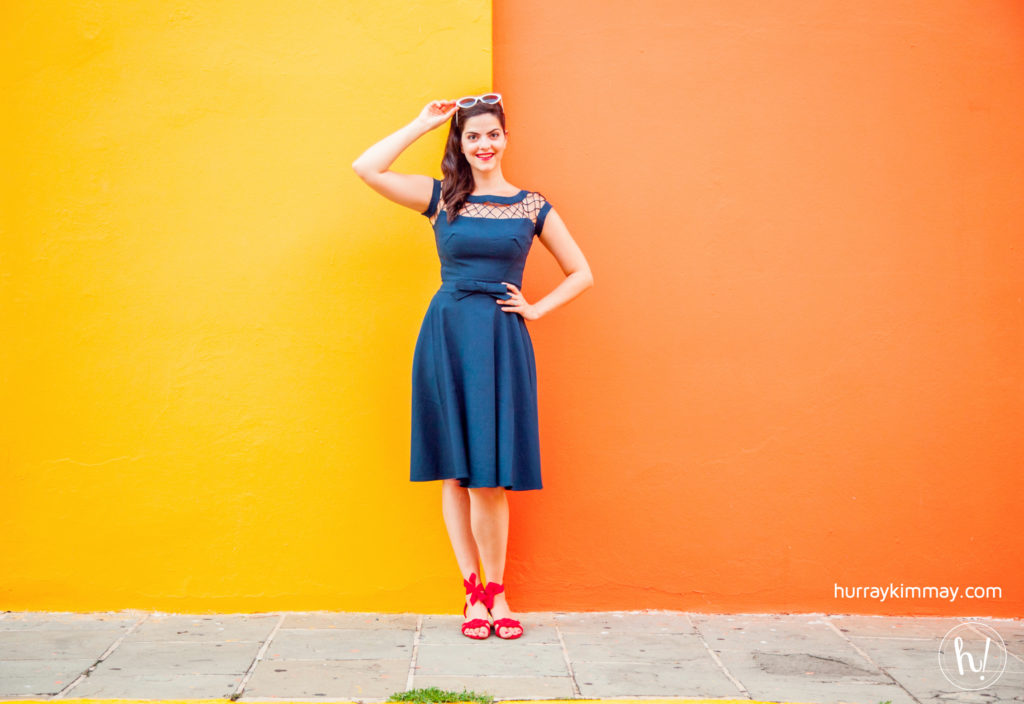 Doing so has allowed me to do several things. It’s taken away some of my fear of speaking in Spanish. I used to think that my Spanish wasn’t good enough, and so I stopped myself from interacting with people or using it all together. It was all or nothing. Now, when I went to Mexico and Puerto Rico recently, I spoke only Spanish to native speakers – and even asked them to help me practice. I’ve also been watching some amazing Spanish language TV shows and not feeling guilty for keeping the subtitles on while I continue to learn. That loosening up on such a tight grip came in handy when I took a big jump and went to Puerto Rico to explore where my Grandparents came from, take in the sights, and spend time with my giant, Puerto Rican family. And while I was there, in their big, loving, loud, vibrant embrace, I explored dancing, singing in Spanish, the best Puerto Rican foods, and so much more. I invited my heritage to come right into my heart, my mind, my tongue, my belly, my legs, my feet, and my hips! It was one of the hardest and best trips of my life, pushing me several times outside my comfort zone.

I recently watched a video of my Grandmother from a few years before she passed away, when she was 78. We played it at her memorial service, and I cried through the whole thing. Watching it again, I had a big cheesy grin on my face. For two reasons. First – she is adorable with her thick Puerto Rican accent, expressive face, and easy laugh. But second – I’m just so grateful. When I was at the Wild Woman Fest recently, we imagined a line behind us, starting with our moms, then her mom, then her mom, and so forth and so on. And I realized that I was only following back on my mother’s side, and I immediately invited my paternal grandmother and our crazy, loving, excitable Puerto Rican side to join in. Together they formed a line of support across many nations and ethnicities, all with their hands at my back, guiding me. All of their love, sacrifices, hard choices, and joyful triumphs have each lead to where I stand today. Those things are embedded in my DNA and on my heart. Without a doubt, they are a part of who I am now.

Being able to go to Puerto Rico to explore the terrain, the energy, the people AND to meet up with my family was very emotional for me. And wonderful. So very wonderful. Here’s a video snapshot of my trip (and look for images from the journey all over this blog!)

So what does being Hispanic mean to me?

Being Hispanic may mean someone is from a country where Spanish is spoken in the dictionary, but to me it means a lot more. It means exploring parts of me I had hidden in the past, and embracing a culture and heritage that is imprinted in my cells and in my spirit. Am I Hispanic enough? Do I pass the test? Am I less or more Hispanic than anyone else? I’d say, that today, just as I am, I’m exactly who and where I should be. I’m just enough.

AND… cue Marc Anthony singing one of my all time favorite songs and our unofficial trip to Puerto Rico song: Vivir mi Vida! You can look up the full lyrics here in English – they make me say hurray!

Your turn: What’s your heritage? Have you explored yours and the line of ancestors behind you? Where are you “not enough” in your life? Has that stopped you from being “any” of it all? Where can you embrace parts of yourself that you haven’t in the past? Share with me here, or send me a tweet!

PS: The beautiful photos in this post were taken by Becky Yee during the #HurrayVacay to Puerto Rico. No airbrushing or photoshopping my face or figure. Ever.