Why I Don’t Own a Scale 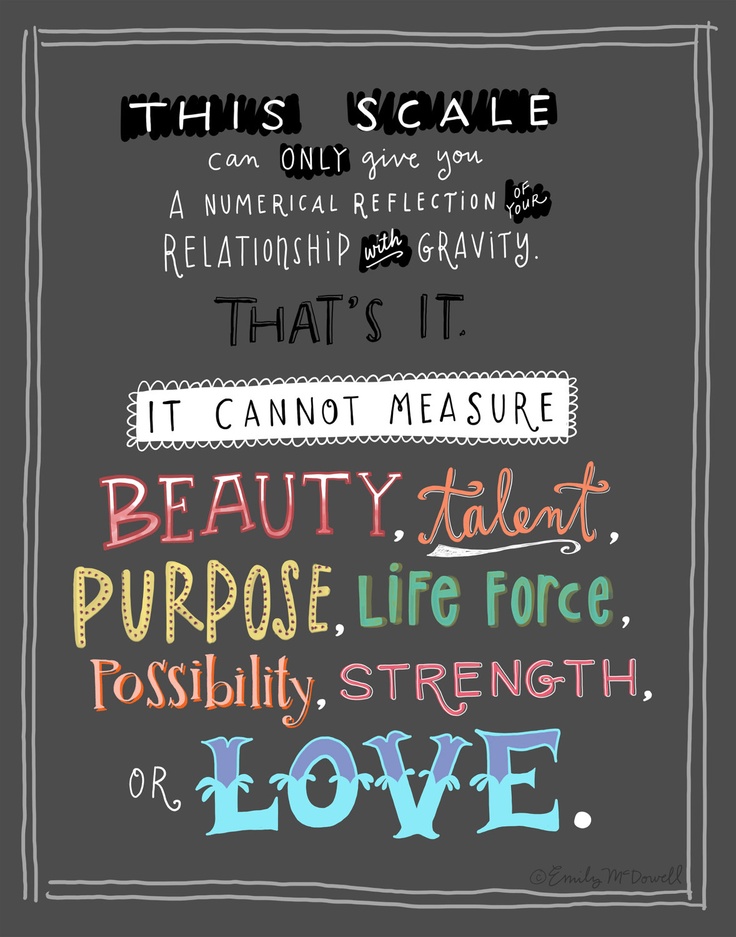 ::This Scale by Emily McDowell::

I was recently chit chatting with a friend and client about her goals for getting healthy. She and I had very similar stories. We were pretty conscious about what we ate, and weren’t looking to “lose weight” but rather to get healthy, lose the bloating, and up our energy. Then, I saw a Facebook post from a colleague about losing x amount of lbs and how she had a goal to lose x amount more. While I know weight loss goals are good, and quantifying them with numbers is a great choice for some, that’s never worked for me. One big reason is because I’ve never really had to lose much weight. Blah blah blah I know that sounds like a lucky problem to have… but it’s actually caused a lot of quandries in my life. Bare with me.

Growing up, I was pretty tall. I hit 5’7″ early on, and most of my friends topped out at 5’5″, with the majority rising up to the 5’3″ or less line. We were all in shape, active and vibrant. But compared to my petite friends, I felt big. In fact, I felt fat. Every time we’d discuss weight – which came up shockingly often for girls in their teens – my numbers were always higher. It never occured to me that I had a terrible body image problem. I was confident, smart, well liked, and loved eating. But whether or not I had an OK relationship with friends and food, I did not have a good one with my body. I kept trying to control it, to suppress it, to keep it little … to make it match my friend’s bodies. So I kept an eye on the scale. I tried desperately to get down to the low numbers that my friends were discussing. 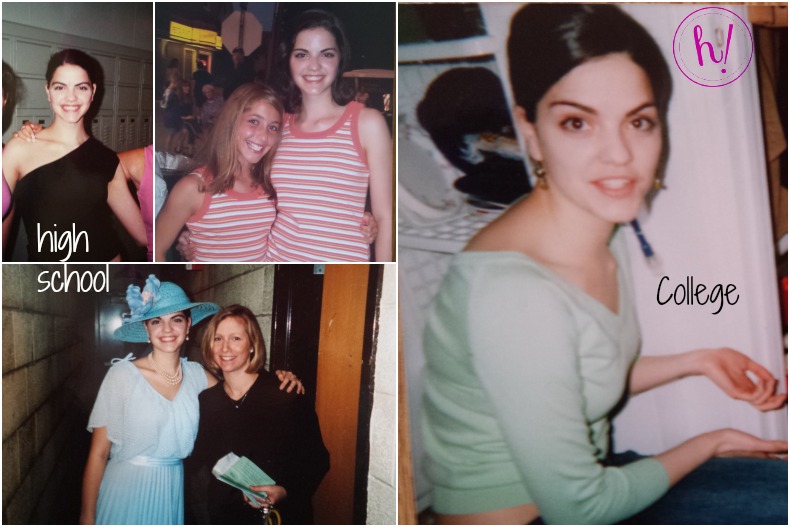 What I wasn’t paying attention to was my actual health. So while I tried to match someone else’s number, I was forgetting that I was taller, probably had more muscle, and had a very different shape than my friends. I was also pouring low fat, low caloric foods into my body, assuming that was good, and forgetting to fuel a growing 17 year old, active, athletic, changing body. It wasn’t good, folks. At my thinnest, I was about 115 lbs, sick all the time, stressed, and feeling pretty low. Now, I’m proud to say that I flutter between 20 and 25 lbs heavier and 12 years older … and I’m so much happier with my body. It’s because I am finally listening to my body and giving it the nourishment, fuel, exercise and rest that it so deeply craves.

All of the images above and below are untouched and unedited. And while the photos below were taken by a professional and I’m wearing makeup, I provided my own glow. Thank you very much. 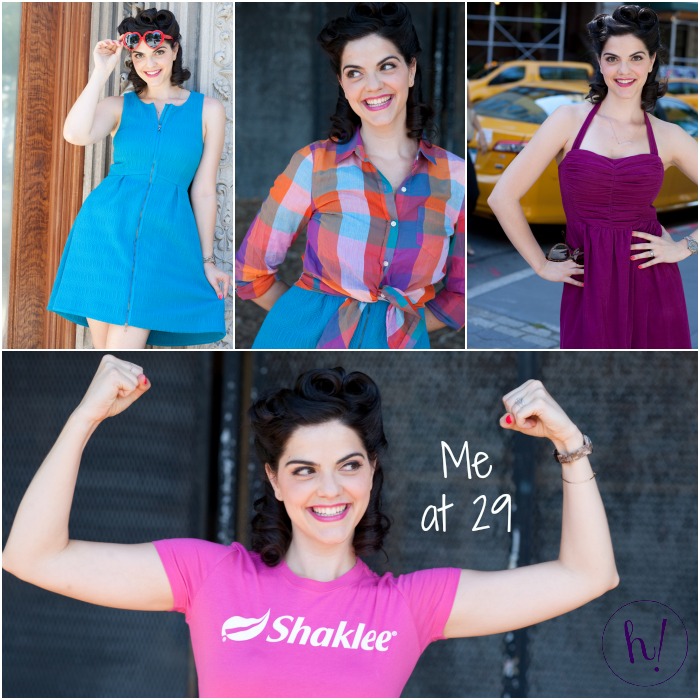 When my doctor recently told me I’d lost weight, I didn’t know. I’ve never bought or owned a scale. Partly because it just takes up too much room in a cramped NYC apartment (there’s seriously zero floor space in my bathroom) but mostly because I’ve stopped paying attention to numbers. I’ve learned that I will always be taller, weigh more, and have a larger pants size than many women. And that’s ok. Because I finally feel great, have more energy, and look damn good in my clothes. The numbers matter less than how I feel. No bathroom scale for me.

And this goes for other numbers, too. Our clothing size, our waist measurements, our age, and even our bra size.

In fact, becoming a bra fitter at age 19 was what kick started this whole thing. As a musical theatre student, I was surrounded by thin bodies and the pressure to look a certain way if I wanted to “make it”. But in my very first week of seeing naked women in the NYC bra fitting room, my ideal of the female body changed. I realized that even the women who I thought were pretty, in shape, and thin had something negative to say about themselves. I saw what age does to the body. I discovered the way pregnancy changes the female form. I learned how cancer affects women’s breasts. It was … eye opening. And I realized what a waste of time it was to constantly belittle my body. I realized how important it is to protect it, nourish it, and be thankful for the wonderful gift we were given. 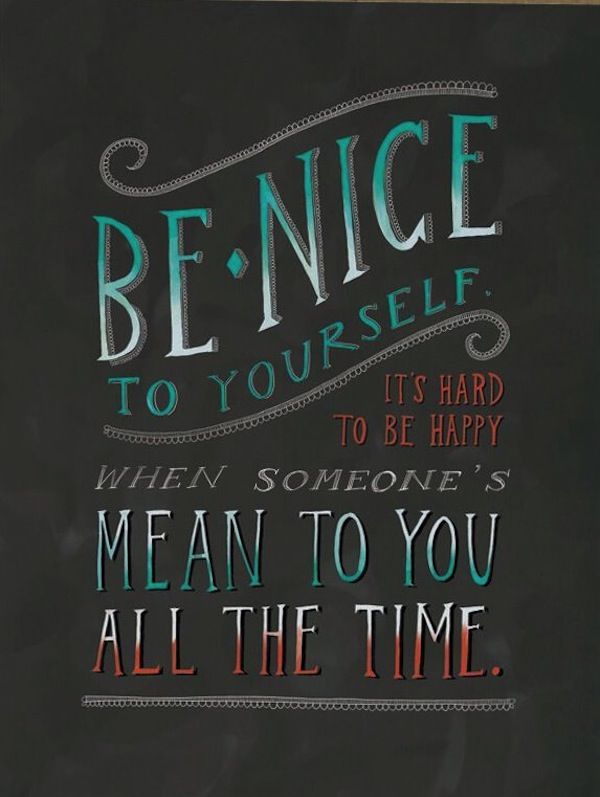 I understand the goal of losing weight or dropping inches. For many women and men in America losing weight is an important step to getting healthy. But here’s a “hurray” for the rest of us, who have less weight to lose and need to focus on getting healthy, happy, and saying hurray!

I’m still on the journey. I won’t lie. I got a jolt of “hurray” when my Doctor told me I’d lost weight. But when I think of the girl I was 12 years ago, and who I am today – I’ve come a long way. Now I appreciate the weight loss as a side effect to living a healthy life, not as the main goal. It’s my vision and mission to help other women along this same journey. I hope that this post inspired you to look less at the numbers and more on the quality of your health. Because without your health and happiness, what do you have?

Want to join me? Email me at kimmay(at)hurraykimmay(dot)com. I’m here to help you say hurray on the inside, outside and underneath it all! From nutrition to bra fitting, style and and your soul – let’s talk.